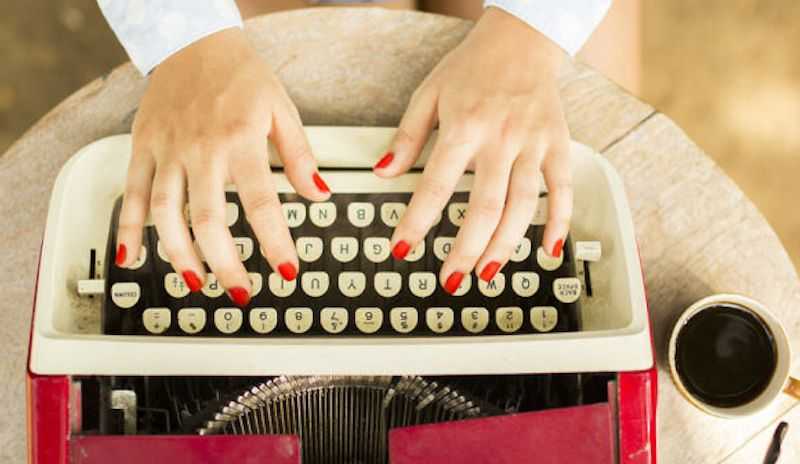 Let me start this post with a question. When you type something (like your bio or a website update) do you end your sentences with one space or two? If you answered one, you get a gold star and don’t have to read the rest of this post. Go get some chocolate or something! If you answered two, then I strongly suggest you keep reading – it could be a matter of life or death. Okay, not really, but I do think it’s pretty important.

That two space “rule” you were taught in typing class is no longer something you should be doing. Ever. Again. The whole thing started with old school typewriters that used monospace typeface. That means that each character took up an equal amount of horizontal space. This put a lot of space between characters as well as words, which made text harder to read. Adding an extra space at the end of each sentence made it easier to read, and so it became the norm.

Modern fonts are proportional, so no extra space is needed at the end of a sentence. In fact, adding an extra one can make your text more difficult to read, not easier. Plus, double-spaces can look clunky and old fashioned on your website, which is probably not the look you’re going for!

Do your website a favor, and nix the double spaces. Your site will look cleaner, sleeker, and more modern, and be a whole lot easier to read!

How do you handle the end of your sentences? I’d love to hear about it in the comments below.

The Difference Between Commercial and Film Auditions

You’re Busy. I totally get it. Let me send you weekly posts to cure your FOMO!